Alex Benestelli, Director of Music (x109)
Alex Benestelli is organist/choirmaster and principal musician of the church, responsible for leading a diverse music program of volunteers and professionals as an effective part of St. James’ overall ministry. He also serves as Artistic Director of the St. James Music Series, which highlights the art of choral music in Southern California. Since coming to St. James in 2017, Alex established the Festival Choir and Choral Scholars programs, instituted new traditions such as Christmas Lessons and Carols and Compline-by-Candlelight, and he led the St. James Choir and Orchestra in an acclaimed performance accompanied by the award-winning composer, Morten Lauridsen. He holds degrees, with honors, from Westminster Choir College and the University of Southern California, and among his many experiences, Alex has performed choral works with the New York Philharmonic, The Philadelphia Orchestra, San Francisco Symphony, and The Rolling Stones..  Email Alex.

Jennifer Bonnes, Accountant (x111)
Jennifer​ grew up in Whittier, CA, moved to Hawaii for a spell and has now returned to her California roots, landing in San Diego in 2010. A well-versed business background brought her to the Episcopal Church world in 2013, where she started serving St. Dunstan's as their Business Administrator. An 18 year career in accounting and business management includes earning a Bachelor's in Business Administration /Minor in Human Resources, Master's in Business Administration and a Graduate Certificate in Accounting. A mother of three kids aged 18, 6 and 3, Jen enjoys being active in their recreational sports (soccer, golf and dance) and volunteering in their classes. Email Jennifer.

Walter DuMelle, Director of Administration (x103)
Originally having come to St. James in 1995 as a section leader in the choir, Walter DuMelle joined the staff full time in 2010 as the Assistant to the Rector, and in 2017 took on the role as Director of Administration.  He has a diverse background in the performing arts, arts management and office management, as well as the pleasure of having lived in Denmark for a year. He has a Bachelors degree in Music, and a Masters of Music from Eastman School of Music. Email Walter. 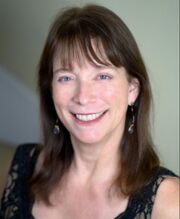 Dr. Alison Luedecke, Organist
Organist and Harpsichordist, Dr. Alison J. Luedecke has performed across the US, as well as in Canada and Europe. She completed the Doctor of Musical Arts degree in Organ Performance at the Eastman School of Music. Her church ministry has included positions as Director of Liturgical Music for the diocese of Rochester, New York, and San Diego, at the cathedral and parish level. She is currently our Associate Organist. Alison has performed at regional and national conventions of the American Guild of Organists, the National Association of Pastoral Musicians, the Hymn Society, and the Organ Historical Society. She is a founding member of the Millennia Consort, a premiere “organ plus” ensemble in California and the U.S., presenting chamber music offerings. Email Alison.

Gabrielle Strickler, Director for Children’s Ministries (x108)
Gabby comes to us with 21 years of high-end retail experience and a diverse background in Theater arts, clothing design, and fashion/art history.  As a wife and mother of 3 children, the development of Children’s  Ministries is of deep and great importance to her personally.  Feeling a call to serve, Gabby started teaching Sunday School in 2013 and has learned much about herself and her faith in the process.  As Director of Children’s Ministries, she hopes to build on new and existing relationships here at St. James and looks forward to seeing her ministry grow and thrive. Email Gabrielle.

Katelyn Webster, Youth and Young Adult Minister
Katelyn was born and raised in Southern California. She obtained her bachelors degree from the University of California, Santa Barbara in psychology and English.  Following graduation, Katelyn began working with autistic children and their families, a position she held through her first year of graduate school. In August, she graduated from the University of San Diego with her M.A. in Marital and Family Therapy. She currently works with veterans as a therapist. She has worked with children and youth in a variety of capacities from babysitting to working with autistic children to coaching sports. She will be working with both the youth as well as the young adults at St. James.  Email Katelyn.