Leaders and members of various faith communities in San Diego County (and beyond) are uniting in witness and prayer for justice, peace, and nonviolence in our nation at this moment in time.
Read full statement HERE.

This is what the Lord Almighty said: ‘Administer true justice and show mercy and compassion to one another.’     -Zechariah 7:9
The activities of this initiative are described below. For more information please contact The Rev'd D. Rebecca Dinovo, rebecca@sjbts.org. 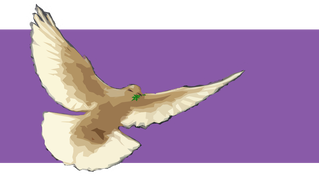 ​St. James clergy and members joined in prayer at the La Jolla Public Library every Tuesday at Noon through election day. Now Faith leaders of various denominations and religions are praying in public places around the county on Wednesdays for Justice and peace to prevail during this time of national needs including for the integrity of the elections. Everyone is urged to join in prayer wherever they are.

See a video of one Tuesday prayer gathering HERE.

Prayer is a vulnerable project.
Step back a moment to consider the audacity of the thing: In prayer, meager human beings set out to connect our hearts, minds, strengths and souls with the source of all life and creation. Talk about ambitious!
One psalmist articulates how ludicrous this can all feel: “When I consider the heavens, the works of your fingers, the moon and stars in their courses ... who am I that you would be mindful of me?”
Cynics point to this preposterous ambition as its central weakness, yet the inclination towards prayer is an ancient and constant word of “nevertheless.”
Suffering exists: nevertheless. Futility always seems to get the last word: nevertheless. The world isn’t always as it should be: nevertheless, we persist in hope. Suffering and futility never get the last word on us.
To pray is to become vulnerable to the Divine reality of nevertheless.
We are shaped by the daily postures we assume. We are shaped by the positions that our bodies take as we move through the world, as they are bent over by the forces around us. As a pastor, I have become deeply concerned with the spiritual damage that persistent postures of division inflict upon us as communities and individuals.
This inclination towards division has become such a mainstay of American punditry, political speech and water-cooler conversation (or maybe in 2020 we’d say Zoom conversation) that to let the word “unity” dribble out of one’s mouth is to welcome, even to expect, mockery and derision by the cynical.
At a minimum such postures of division contort our bodies into defensiveness, closing us down and cutting us off from one another as we shrink back from harm into self-preservation. To persist in division is to decline into isolation.
Nevertheless.
On Nov. 1, at the outset of a week that would tempt our nation into further division, faith leaders from across San Diego County gathered together on the steps of the County Administration Building united in a prophetic posture of prayer.
Now, in the biblical imagination of which many of these folks shared, prophets are just truth speakers. The prophets are those obnoxious loudmouths in history who can’t help but readily speak the Divine truth of nevertheless to a world that so fiercely insists on saying no.
As capable as human beings are at creating and maintaining division, this group of faith leaders stood together to witness to the Divine reality — to prophesy! — that we human beings are not made for division. We are made for unity.
Representing traditions with longstanding animosities of their own, they united in prayer for election integrity, racial justice, nonviolence and peace. They stood together as an embodied antidote to the persistent postures of division that have so ransacked our spiritual, emotional and mental well-beings for too long.
As I watched the event unfold, it reminded me of some of the earliest artwork to emerge out of the Christian tradition, ancient etchings found on the walls of caves. These etchings depict groups of people with arms outstretched in a posture we can recognize today as prayer, a position that is inherently vulnerable. It’s impossible to hold a weapon or point a fist towards a perceived enemy when your palms dare openness towards the heavens.
“It seems we have hit a crisis moment in America and, as faith leaders, we recognize the important role that faith and prayer can play as a force for peace and justice,” said Rev. Rebecca Dinovo, a priest at St. James by-the-Sea in La Jolla, who took the initial steps to draw these leaders together months ago.
While at my best I do try to be open to the Divine desire for unity, cynicism tends to be my default disposition. Most days I’m just as likely as anyone else to be found balled up on the couch binge-watching TV in order to drown out the noise around me.
And yet, Dinovo’s tireless work in pulling formerly divided communities into the united vulnerability of prayer has been the antidote to my own season of what has felt like endless hopelessness.
Cynicism be damned.
Whatever happens in the days to come we can be assured that there will be those who continue to place themselves in postures of unity, peace and justice in the days ahead, expressing this Divine truth of nevertheless in their very bodies.
For those of us generally inclined towards cynicism, it’s just the antidote we need. 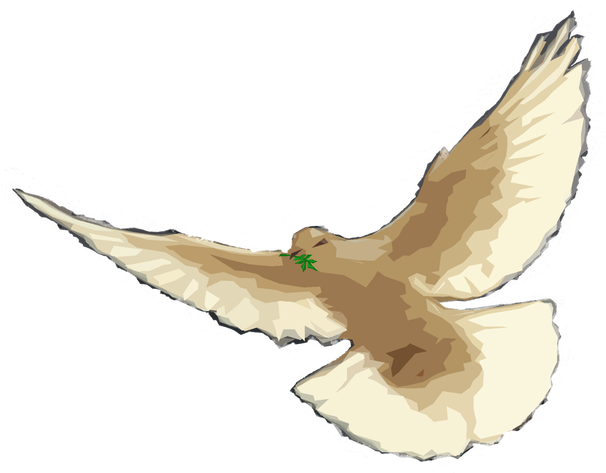 We are united in a prophetic posture of prayer for racial justice, election integrity, and nonviolence in our nation at this time as people of faith. We will lift our voices to witness to justice and peace together through song, speech, silence, and prayer.

Novena of Prayer for the Election - A Diocesan Initiative 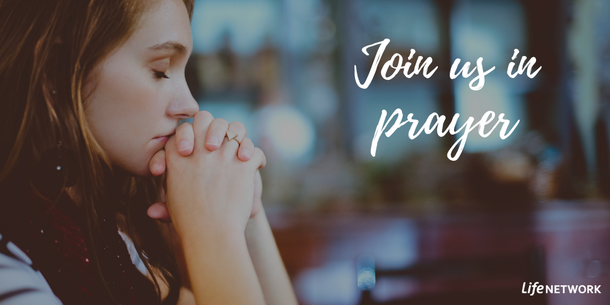 Please join the Bishop and the Diocese in nine days of intentional prayer for our nation as we approach the election. Our Novena is based on the work offered by Forward Movement and will begin on October 27 and continue through November 4.